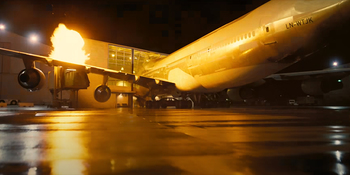 When Christopher Nolan wants to have a plane crash in his movie, he buys a plane and crashes it.