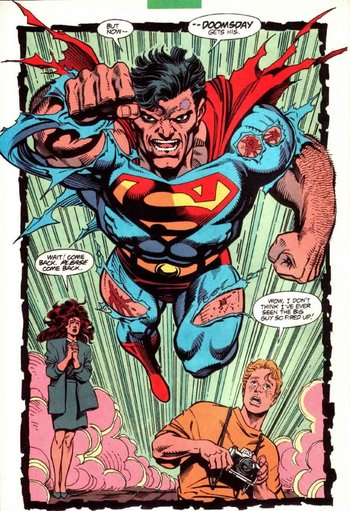 The Death of Superman
Advertisement:

Superman is pretty much the original super-hero and possibly the greatest of all time, and that of course comes with awesome feats.