Awesome / Star vs. the Forces of Evil 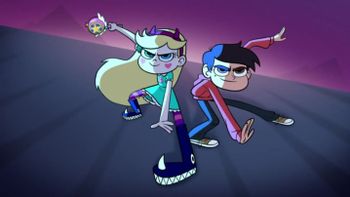 I'm blasting monsters and I never break a sweat...

Party With A Pony

Ludo In The Wild

Spider with a Top Hat

Down By the River

Tavern at the End of the Multiverse