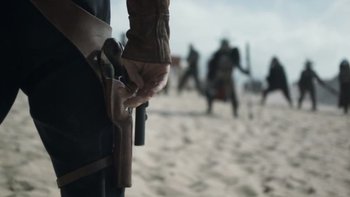 Never Tell Me the Odds!
Advertisement: