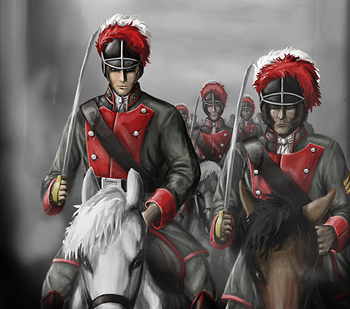 GLORY! Glory to the first man to die!

The Tierran Army is led by a group of decently well-trained veterans and resourceful officers. The Antari may have numbers, terrains, and partisans to keep them busy, but they are not strong enough to drive them off their land. During the War, numerous heroic actions, brave sacrifices, and clever strategies happen to secure the victory for the country every brave warrior fought for. 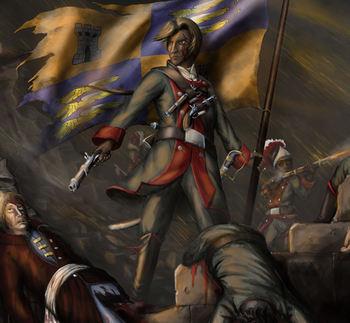 No Church Hussar will take Cazarosta down, let alone the serfs.