Robin Hood's a famous guy. So are his Merry Men. Likewise, his sworn enemies. And one should never underestimate his girlfriend either. Tales of this lot have been told for centuries, and on the Myth Page you'll find an increasingly long list of ballads, retellings, novels, films, television shows, video games, tributes and cameo appearances by Robin and his associates.

This is a badass bunch of folks, and here are some of their Crowning Moments...

Much the Miller's Son 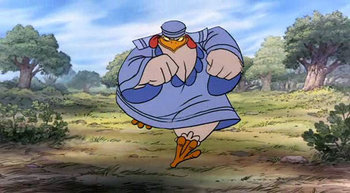