Awesome / Return of the Jedi 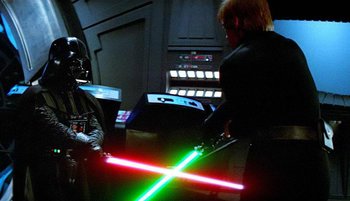 The final battle between father and son.