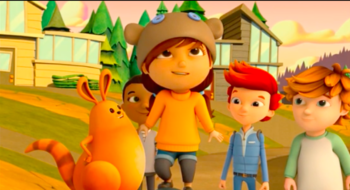 "I can't believe Sydney and me have been sitting on an real meteorite!"

In an Edutainment Show about humanoid aliens and their Earthie friends, there are moments where you'll be absolutely amazed.