Just another Tuesday for Popeye
Advertisement: 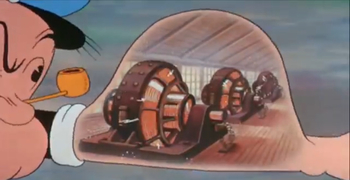