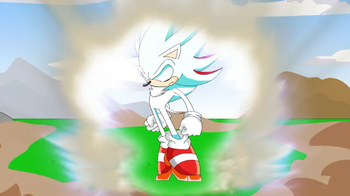 Who are you? Are you Sonic or Shadow?
Advertisement: