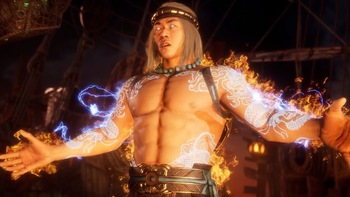 The Champion finally rises from all his darkest hours.

As usual, Mortal Kombat 11 will always have its Crowning Moment of Awesome, whether through story or gameplay. Expect no less.

Per wiki policy, Spoilers Off applies to Awesome pages. All spoilers will be unmarked.

Endings
There are two kinds of endings that prove awesome, given the reward for winning this fight; those that reject the temptation of absolute power, and those that use it without losing themselves to megalomania.
Other