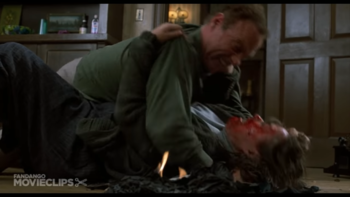 So you like hobbling people, huh?! How about I hobble your face?!