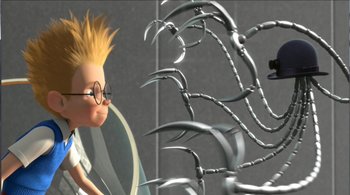 “I am never going to invent you.”