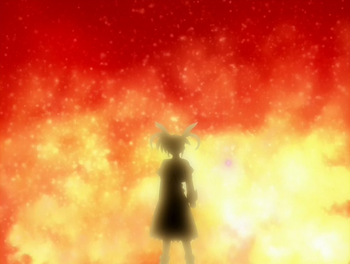 "It's okay if I'm a devil... it just means I'll have to use my hellish tools to get you to listen!"