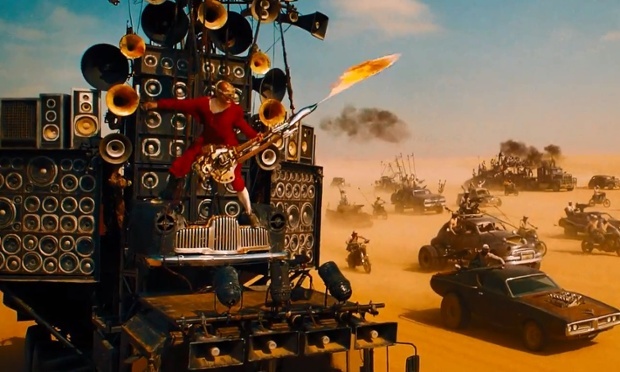 The best way to psych up your war comrades: A double neck guitar... with a flamethrower. By the way, that's not CGI. And, no, you will NEVER be this metal.

Really just the whole damn film,note We keep editing in just one word but someone keeps editing it out. One word. YES. but specifically: