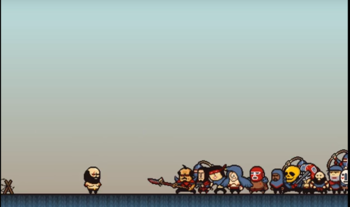 "No. You don't understand. I've been dead for the past 35 years... today is the day I live."
With an array of wacky and strange events, deconstructions of video game and story tropes, and never ending sorrow and misery, it's a rare moment when something is genuinely awesome.

open/close all folders
LISA: The First