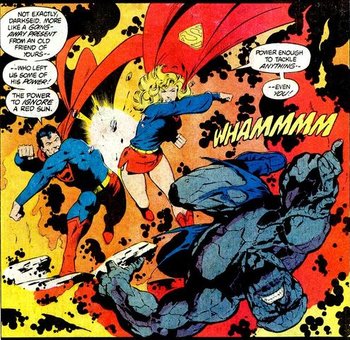 Yes, that is Superboy and Supergirl punching Darkseid together. Why do you ask?