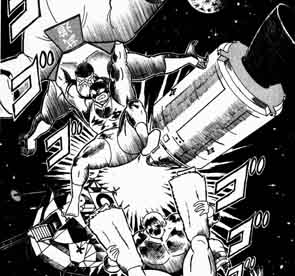 Muscle Docking!
Behold, the series of Crazy Is Cool that appeared on the scene before all other Crazy Is Cool mangas and animes. Naturally, you should expect a page of all of its awesome moments. Monster Extermination Chapters
Advertisement:

Scramble For The Throne Arc