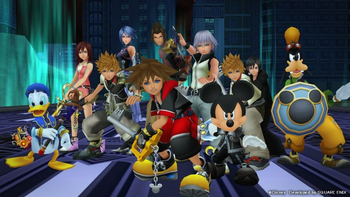 My friends...They are my power!
Advertisement: