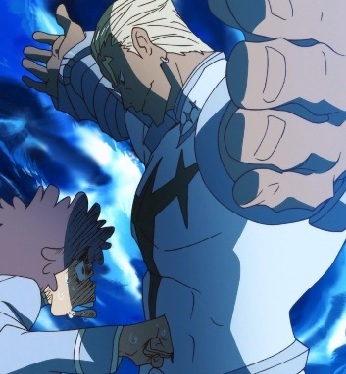 Ladies and gentlemen, welcome to the first five minutes of the show.

By the duo who give us Tengen Toppa Gurren Lagann... This here show has a badass Action Girl with a genuine badass loon of a best friend taking on another Action Girl with a group of other Badasses with badass fighting, badass animation and badass music (Seriously, the music has a page of its own), and it just keep going for each episode, excluding the breather ones. So just read the moments of badassery of this show. It will blow you away.