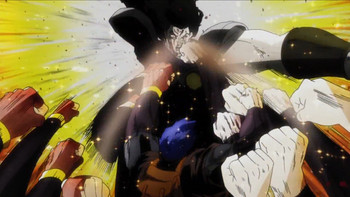 "SUNLIGHT YELLOW OVERDRIVE!"
Summing up Phantom Blood's plot is already amazing: a cool vampire vs a kind-hearted man harnessing the freaking sun as his power!