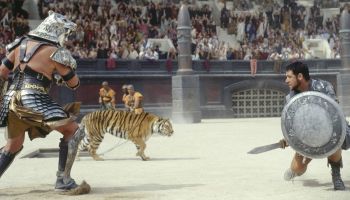 Shots likes this make you wonder how anyone could be surprised that this led to a Genre Relaunch for the Sword and Sandal Epic Film.
Advertisement: