Awesome / Fist of the North Star

Fist of the North Star, being a manly-ass series from the 80s about buff manly men punching the soul out of each other, is absolutely chock full of these moments, so much so that it is guaranteed the viewer will grow a beard by the end. 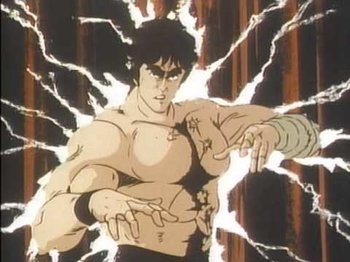 You Are Already Dead

The manga and its anime adaptation: