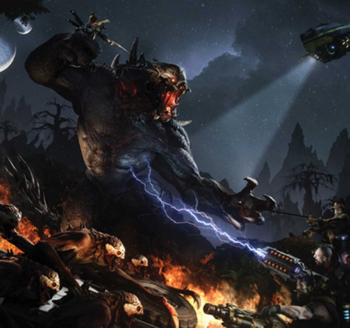 The hunt ends only two ways.
It's a Boss Game where the boss is a player too, of course it's going to be awesome.