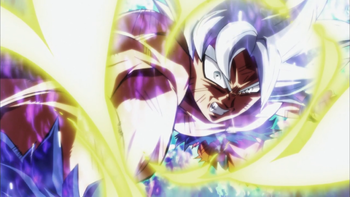 "The truth is, I ain't no 'hero of justice' or anything else like that. But anyone who tries to hurt my friends... IS GONNA PAAAAYY!!"

As a moments subpage, this page is Spoilers Off.