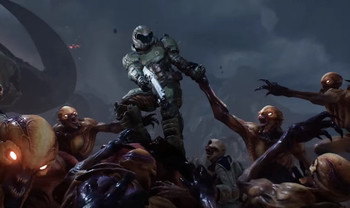 For games with their own pages, see:

All spoilers below are unmarked, per Spoilers Off. You Have Been Warned.