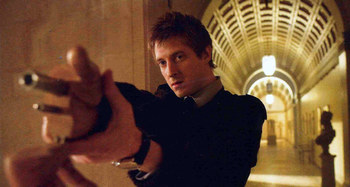 Took a Level in Badass occuring to the least likely person ever.

"Victory of the Daleks"

"The Time of Angels"

"The Vampires of Venice"

"Vincent and the Doctor"