Awesome / Diamond in the Rough (Touhou) 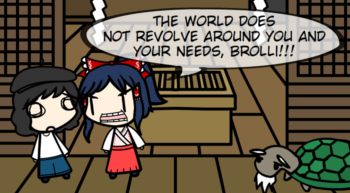 Not pictured: the cheering Ustream audience.