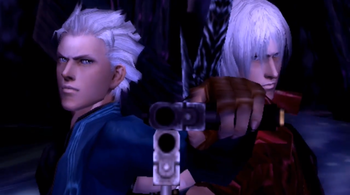 Vergil: I'll try it your way for once.
Dante: Remember what we used to say?
Both: JACKPOT!
Advertisement:
open/close all folders
In-Game
Miscellaneous