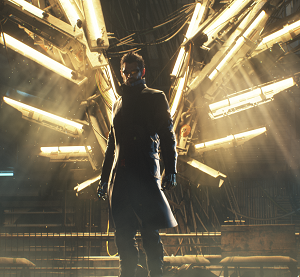 He's back.
"Sometimes, you just have to let go, and embrace what you've become."
— Adam Jensen