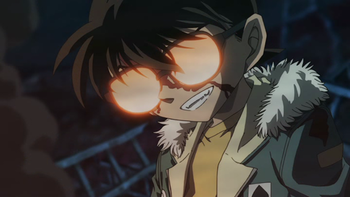 Even with being bloodied and injured, the young detective still solves the case.