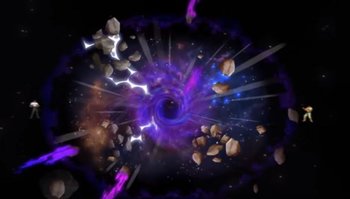 Their badassery has broken space.