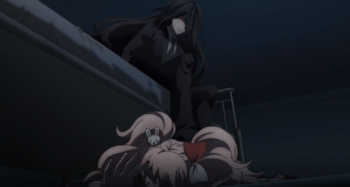 "I'm sorry, Junko, I can't hear you with all the tile in your mouth."

open/close all folders
Side: Future
Episode 1