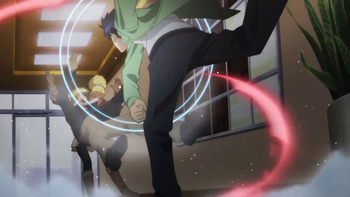 For a series that is best known for Monster Girl fanservice there are plenty of moments that make you cheer for what happens in Daily Life with Monster Girl.

It is saying something that the most notable character who gives most of these moments is an ordinary human.