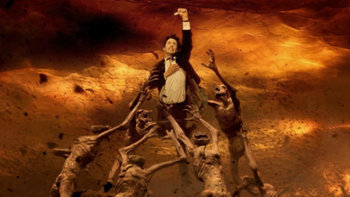 Blessed Are The Damned

The Saint of Last Resorts

A Whole World Out There

Waiting For The Man