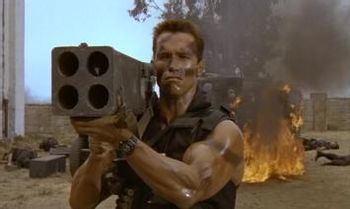 The whole damn movie is the epitome of manly 80s One-Man Army awesome that could only be rivaled by the likes of Rambo at the time, but it wouldn't do it justice not to point out some key points.