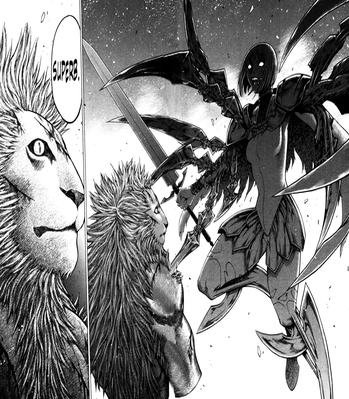 Even Rigaldo is impressed!
Advertisement:

Several ones in chapter 131.