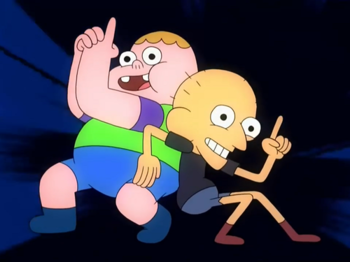 Clarence may be a Slice of Life series, but it has some awesome moments like all the other run-of-the-mill shows, even if there are some mundane ones present.

Remember, we have Spoilers Off, so all spoilers are unmarked! Read 'em if it's worth it.