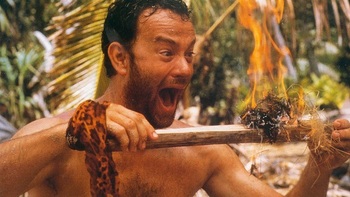 "I... have made fire!"
WARNING! Spoilers ahead!