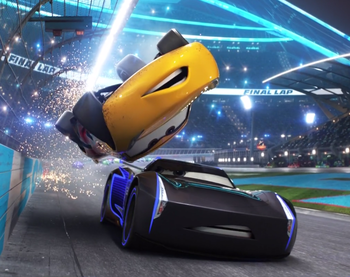 Storm: YOU DON'T BELONG ON THIS TRACK!
Cruz: YES... I... DO!!
I live my life out on the edge
Yeah, I don't stop just 'cause it's red
Let's push this thing see what we get
This black pavement, these yellow lines
Are pulling us into the night
I feel my temperature rise!
ZZ Ward, "Ride"