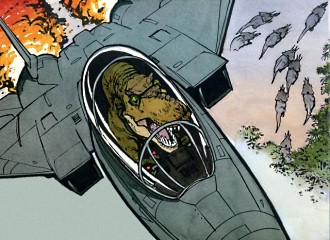 "TYRANNOSAURS IN F-14s!"note  "This is so stupid."
Advertisement: