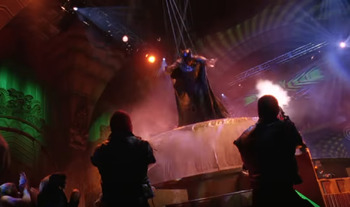 "Your entrance was good. His was better."
Advertisement: