Awesome / Back to the Future 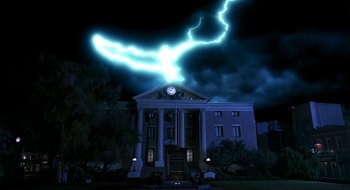 "It's going to be one hell of a storm."
Advertisement: