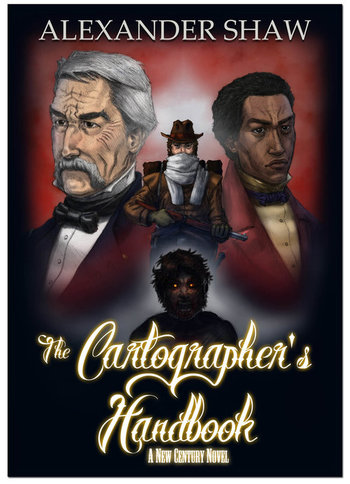 How to survive to the New Century.
Advertisement:

The Cartographer's Handbook is an audio drama created by Alex Shaw and is the first story in The New Century Multiverse, marking the beginning of Phase 1 of the overarching story.

Set in the United Stated and framed as a survival guide, the Handbook details the events that led to the collapse of civilization shortly after the American Civil War due to an outbreak of an infection that turns people into savage creatures dubbed Wendigos. The Handbook goes into detail about what a Cartographer, an agent of the Reunified States of America, needs to know in order to survive in a Wendigo infested world and how to further the government's goal of reclaiming what was once the United States.

The Cartographer's Handbook provides examples of: