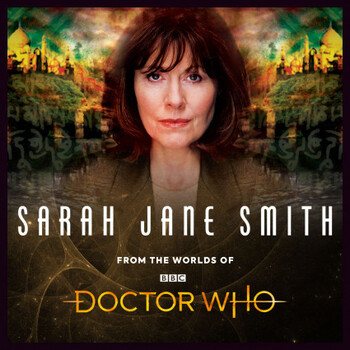 Part of the Big Finish Doctor Who Audio Play series, Sarah Jane Smith is, naturally, a spin-off focusing on the Doctor's most popular companion. Years after her adventures with the Doctor, with her reporting career in shambles following a botched investigation into a major corporation, Sarah Jane finds herself once again saving the world, this time with the aid of her friend Natalie Redfern and her new acquaintance Josh Townsend.
Advertisement:

While considerably darker in tone than its parent series, the nine-episode audio drama, which ran from 2002-2006, draws regularly on previously-established continuity. The second series ends on a cliffhanger which would never be resolved, as Sarah Jane's return in the revived series of Who and her subsequent spin-off series meant Big Finish were no longer permitted to use her. Presumably, she got out of it somehow.

Recaps are listed under Big Finish Doctor Who.