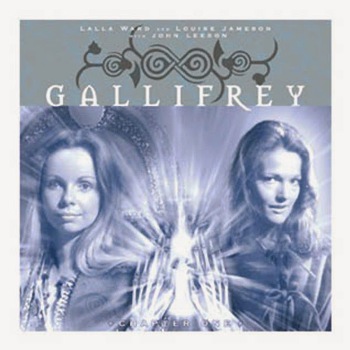 Gallifrey is a long-running Doctor Who audio spinoff by Big Finish, and part of the overarching Big Finish Doctor Who continuities. It takes place on the planet Gallifrey, the Doctor's homeworld (although the Doctor himself only features peripherally). The series revolves around two former companions, Romana and Leela. The former has come up in the world since her time on the TARDIS and is now Madame President of all Gallifrey; the latter becomes her trusted bodyguard and friend.

The world depicted in Gallifrey is one of political machinations, betrayal, negotiations, secrets and a fair amount of wibbly-wobbly timey-wimey messing around with the timelines of the Universe. Along with Romana and Leela, other characters include the sophisticated, scheming Cardinal Braxiatel (originally introduced in the Bernice Summerfield range); the suspicious yet fiercely loyal head of the CIA, Coordinator Narvin; the ambitious Inquisitor Prime Darkel; Ace McShane, the first human CIA operative; and two versions of the robot dog K-9 (since the Doctor left K-9 units with both Romana and Leela on their departures from the TARDIS).

Series One to Three of the show were produced between 2004 and 2006, with the final episode of Series Three ending on a massive cliffhanger. The Fourth Series was released in March 2011, and the range continues on with seasons and specials.