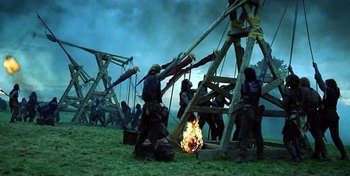 As You Know, Celts can't build trebuchets before the Imperial Age.
Advertisement:

The 2004 King Arthur movie's claim to be the true story behind the Arthurian Legend is best taken with a grain of salt.