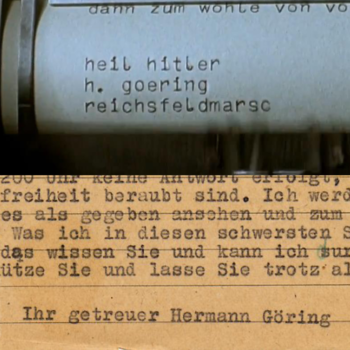 Top: Göring Telegram in the film.
Bottom: Göring Telegram in Real Life.
For starters, Göring didn't type his letters in lowercases.
A lot of research went into making Downfall as historically accurate as possible. With that said, there are a few hiccups here and there. Some changes were made because what really happened was even more depressing.
Advertisement: