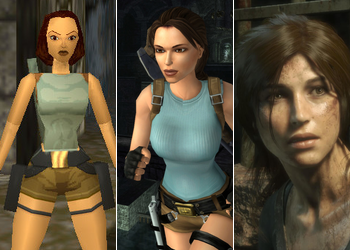 There has been much discussion over whether or not Video Games qualify as Art, but one thing's for sure: they sure have evolved as much as any art form, and not just because of the increase in processing power.