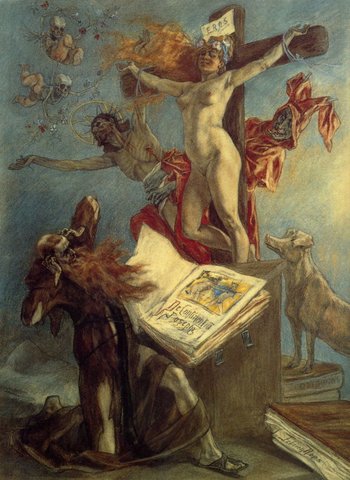 The Temptation of St. Anthony is a 1878 watercolor painting by Belgian artist Félicien Rops. The drawing shows Saint Anthony who kneels before the cross of Christ, on which Christ has been replaced by a naked woman. The devil, who is behind the cross, is the one who has pushed Christ away and replaced him with a woman. The putti have also been replaced by skeleton versions. The book in front of Anthony has a title "De Continentia Josephi" (about the abstinence of Joseph).

The Temptation of St. Anthony provides examples of: